It was just a regular day for Lexi Larson, a 25 year old on Tik Tok. She had just landed a new tech job in Denver and decided to share her experience. In the now viral video, Larson shared that she started the position with a $70,000 salary and disclosed how she earned a $20,000 raise plus the $449 tax increase from her paychecks. The video was viewed over 187,000 times and two weeks later Lexi found herself in hot water when she was fired for what her company says was a breach in privacy. Larson was left in disarray wondering what her options were. Could she really be fired for disclosing something simple as a salary increase?

Denver is an employment at will state.

It does not stop there. weeks later Tik Tok user @senitee was also reportedly fired after going viral on the platform for bragging about doing errands while on the clock at her remote job.

Was her company wrong for firing her? No.

What does that mean? It means you can be fired for anything, including for oversharing on social media and companies are cracking down including top tech companies like Apple, who are currently weighing firing an employee after an employee posted a TikTok video with basic iPhone security tips. The employee, Paris Campbell, says she was told that she breached company policy by identifying herself as an Apple employee and posting about Apple-related topics.

So what can you do to make sure your job is protected? Not much as a new study reports that layoffs are in the works at more than half of companies. There are however just a few ways one can make your remote job is protected on social media:

Trashing talking on the internet can get you caught up in a lawsuit. Depending on what you said and did, your employer might fire you and then sue you for defamation, slander and libel.

In a world of instant gratification, it is natural to want to brag about your work accomplishments; however, what you do at work may be proprietary or confidential information, and if you’ve signed any nondisclosure agreements, you could be jeopardizing your job by posting. Even if there’s no NDA in the mix, when in doubt, don’t post.

It’s one thing if you are sharing professional posts on LinkedIn that promote the company or publicize a big company announcement; however, it’s another thing if you are tweeting about last night’s basketball game during an important meeting.

Ever heard what happens at home stays at home? Same applies for social media. Don’t share any information online that could lead to discrimination or that could give your employer insight into your personal life.

While many may argue that your social media shouldn’t be dictated by your job, I completely agree; however, when you choose to work in corporate America, you get what you signed up for.

Want to learn more about the job market and other amazing job opportunities? Make sure you sign up for the Black Girl Group newsletter and be sure to visit us at www.blackgirlgroup.net.

Experiential marketing is a form of advertising that focuses on creating experiences with consumers and potential consumers. It is typically defi... 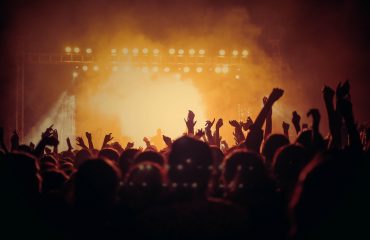 Events and Venues Staffing Agency plays a vital role in the event planning process. The process starts with the client’s request for assistance a...